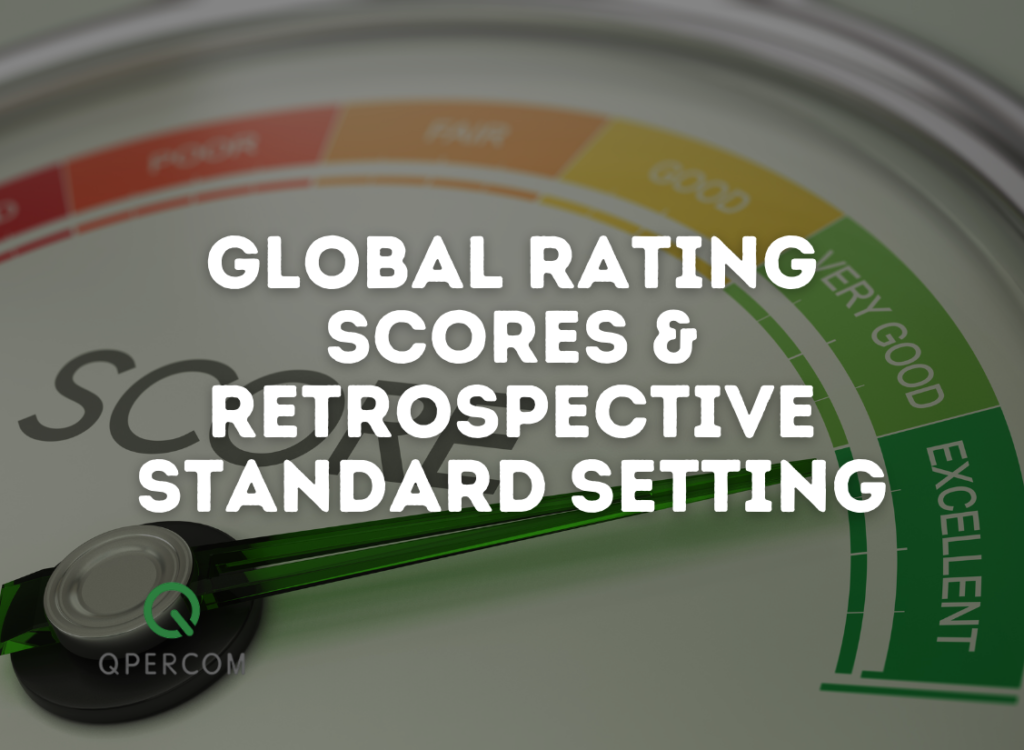 What are Global Rating Scores?

In clinical skills or observational assessment, apart from item score sheets, Global Rating Scores (GRS) are used. A GRS reflects the professional opinion of the examiner once they have completed the item score list. This list represents what they have observed or marked during the scenario. In most cases, a 5 or 6 item Likert scale is used ranging from 0 = Fail; 1 = Borderline; 2 = Pass; 3 = Good to 4 = Excellent. Sometimes, if examiners can’t choose between Borderline and Fail or Borderline and Pass an extra option is brought into this GRS. Now examiners have the option to choose between 0 = Fail; 1 = Borderline fail; 2 = Borderline pass; 3 = Pass and 4 and 5 are Good and Excellent, respectively.

The GRS is a nominal scale, that is, a qualitative judgement of the examiner. The numerical values on the scale represent the professional judgement of the examiner, of the quality of what was observed. The numerical values used on the scale are NOT used as part of the marking, they are regarded as a separate qualitative entity. However, if these judgments are considered one could match the marks with these Global Ratings.

In general, one may expect those students globally rated as Fail would get a mark on their item score sheet that corresponds to a Fail mark (between 0 – cut-off score 50, 55 or 60). A Borderline score is supposed to correspond with a score around the cut-score, somewhere between 45 and 55% (assuming the cut-off score is 50%). A Pass would be a score above 55 and anything higher than 65 – 70 is rated as Good or Excellent. 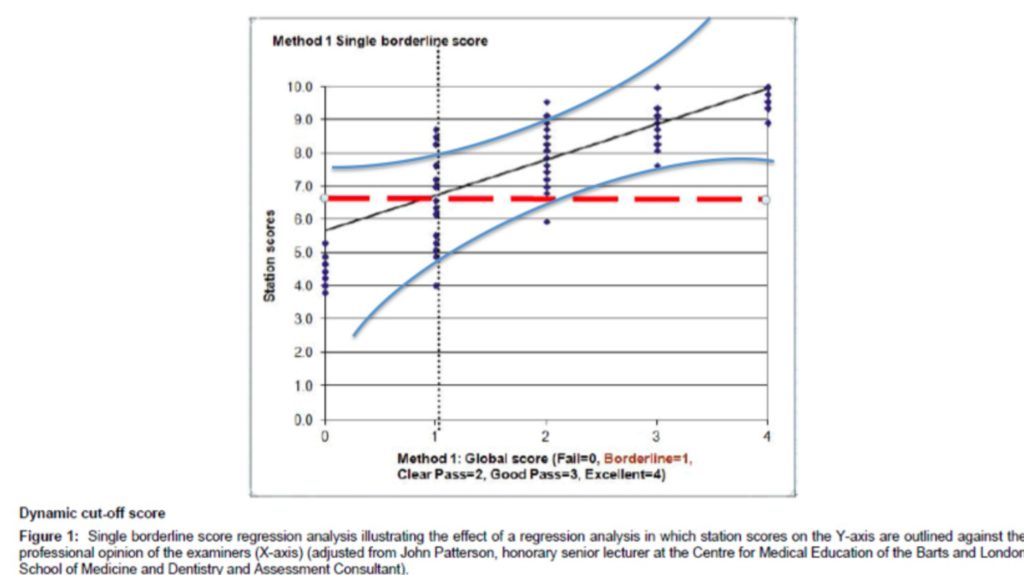 The advantage of this method over the previous BGA method is not only the Borderliners are considered, in addition, all scores are accounted for. The difference between method 1 and 2 is the new cut-off score is right between 1 and 2 on the X-axis, representing Borderline fail (1) and Borderline pass (2). In comparison, this cut score is always higher than BRM 1. Assessment literature provides even more advanced methods of Linear Regression Analysis, which are outside of the scope of this article.

← How is Data Analysis used in Educational Decision Making? What is a Long Case in clinical exams? →